The suburbs are quiet, very few were here when the alarms screamed, and very few bothered to come home when they should. No survivors back then, but bandits are not unknown to this place. 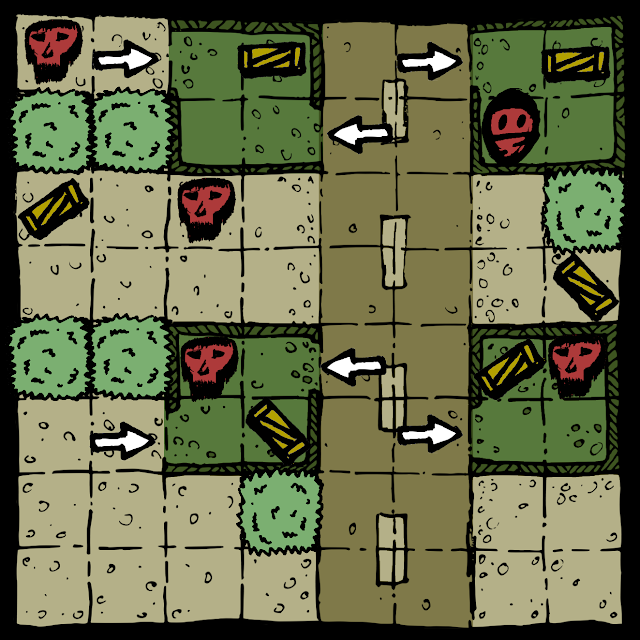 Zombie movement: Before the end of the player’s turn every zombie moves one square towards a character if it has line of sight, otherwise they stand still.
Zombie attack: If adjacent to a character, the zombie will attack with a Tier 1, Damage 1 attack at the end of the player turn. If adjacent to more than one character, the attack is randomly selected.
Zombies cannot be injured, only downed.
Bandit movement: Doesn't move.
Bandit attack: Ignoring it's own building walls, if the bandit has Line of Sight to a character then it will attack with a Tier 2 Damage 2 SR/LR.
Once injured, the bandit drops a rifle (Bandit's Rifle) which can be picked up and secured as normal loot.
End of the game achievements :
If secured, Bandit's Rifle can be equipped like a normal weapon (Long Range: Damage 2; Scrappiness 1) 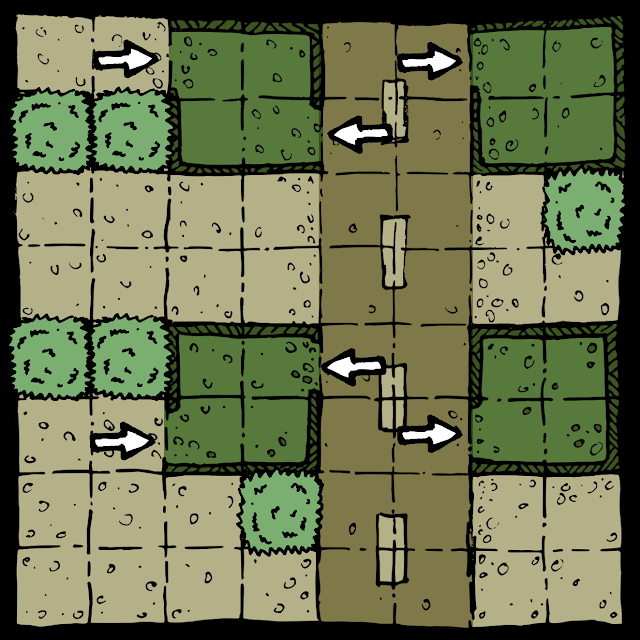