Made a small order of random bits from bits and kits of a stormfiend head (the only available at the time)  and stormvermin for the gutter runners (again, the only available) and this is my quest for an affordable Rat Ogre.

Battlefront released Team Yankee last year and since then I've been thinking if that would be the game that would break the camel's back and make me, finally, start playing one of their systems. Unfortunately their starters seemed a bit steep with only a small handful of tanks and a couple of helicopters, not being necessarily convinced by 6mm and 10mm alternatives I archived all of it on the immense "maybe if there is a huge sale in the future" category.

Then on a night of random browsing I found Junior General, a repository of user made printable miniatures, that immediately reminded me of my Team Yankee interest, as I could easily and cheaply print all the minis needed with the added benefit of being extremely portable.

By the dawn of twilight, on the orders of Count Eisen Neergaard the vargheists came.

Hundreds of the bloodthirsty beasts fell from the skies making the holy grounds tremble as they awkwardly pound the floor in which the tribe of the Holy Rok settled.


The Orruks tried to fight but they were unprepared and, for once, outnumbered. Slaughtered and devoured by the famished beasts, their settlement was reduced to rubble, everything but the solid ground that the greenskins worshiped survived,

The souls of Orruks however kept bound to their worshiped place of power were not gone, and Nagash desiring them, conjured their essence into existence, but His grasp is not total as the force of the WAAAAAGH is strong enough to waver His commands.

Led by the old tribe shamans now turned wraiths, they roam the land, terrorizing villages and fighting in Nagash armies and their kin alike. 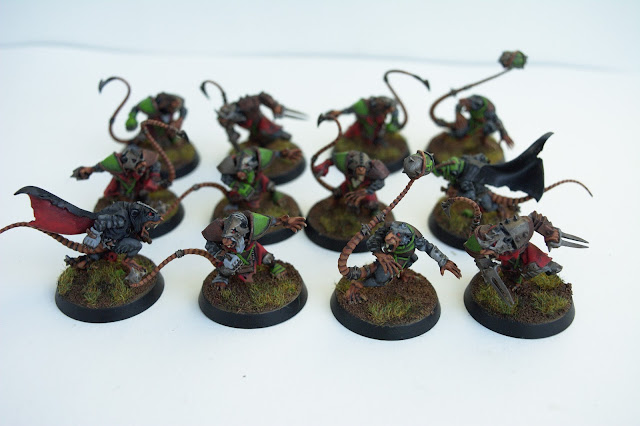