The small homestead used to be home of the Henderson Family, now a pile of walking corpses, the couple and the five boys still roam the familiar barn where good equipment may yet to be found. 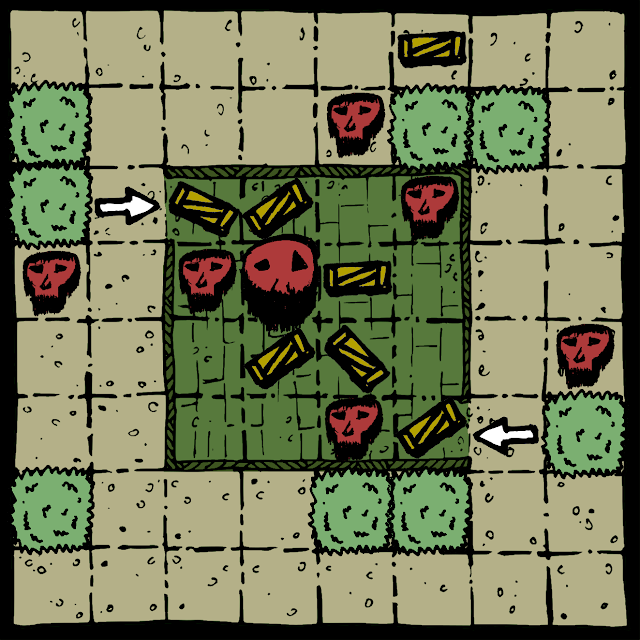 Zombie movement: Before the end of the player’s turn every zombie moves one square towards a character if it has line of sight, otherwise they stand still.
Zombie attack: If adjacent to a character, the zombie will attack with a Tier 1, Damage 1 attack at the end of the player turn. If adjacent to more than one character, the attack is randomly selected.
Old Henderson however still walks around with his trusty Axe, dealing a Tier 1, Damage 2 attack.
Once downed, Old Henderson will drop it’s  axe which can be picked up and secured as normal loot.
Upon losing its axe, Old Henderson can only attack at a Tier 1, Damage 1
Zombies cannot be injured, only downed.
End of the game achievements :
If secured, Old Henderson’s Axe can be equipped like a normal weapon (Melee: Damage 2; Scrappiness1)
Labels: Apocalypse Quartet
Newer Post Older Post Home