Hi, this is my first battle report ever, so some issues may occur but for what it is, this is essentially

Blurb:
The small homestead used to be the workplace of the Henderson Family, now a pile of walking corpses, the couple and the 4 boys still roam the familiar red barn where equipment was stored.


Game Engine turn rules:
1 - If not downed, every zombie moves towards a character if it has line of sight, otherwise they stand still.
2 - If the zombie didn’t move and is adjacent to a character, the zombie will attack with a Tier 1, Damage 1 attack at the end of the player turn. If adjacent to more than one, the attack is randomly selected. If the zombie moved, then the zombie attacks with two dice and the player chooses the best outcome.
3 - Old Henderson still walks around with his trusty Axe, dealing a Tier 1, Damage 2 attack.
4 - Once downed, Old Brady will drop it’s  axe which can be picked up and secured as a normal item.
5 - Upon losing its axe, Old Brady can only attack at a Tier 1, Damage 1
6 - Zombies cannot be injured, only downed.

End of the game achievements :
If secured, Old Brady’s Axe can be equipped like a normal weapon. 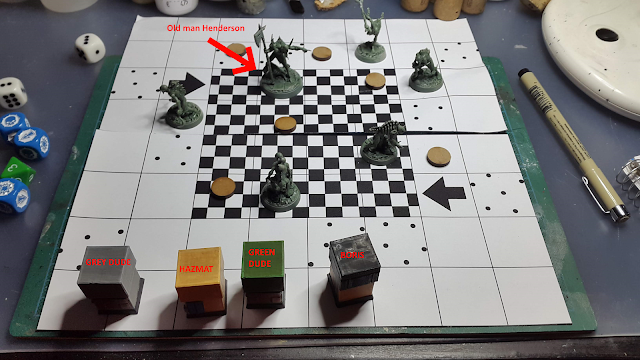 So this is my setup, I pitted my cube bois vs some WIP beastgrave ghouls 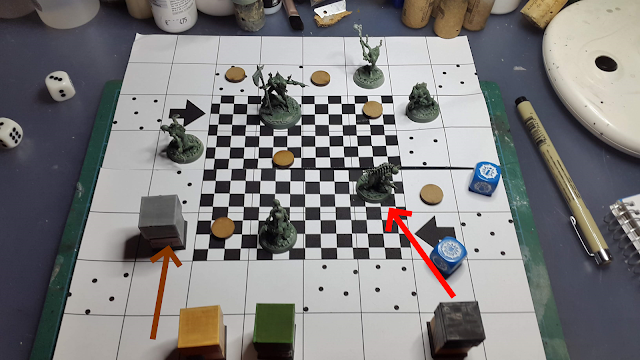 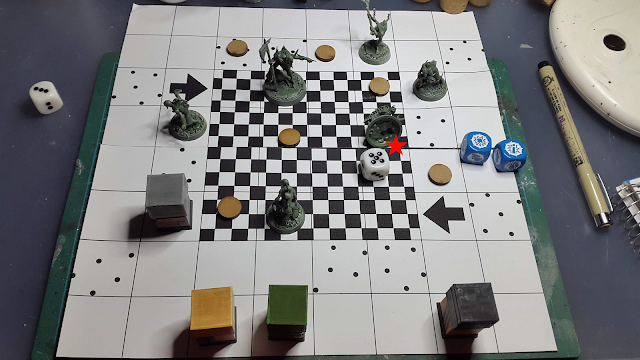 Successful attack with two dice (gunslinger)
Hazmat moved next to grey dude and green dude into the bushes in front of the house. 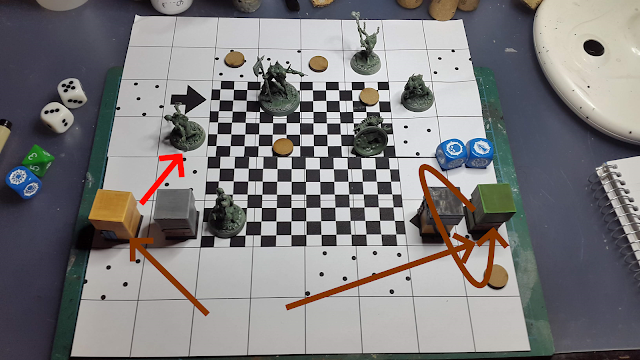 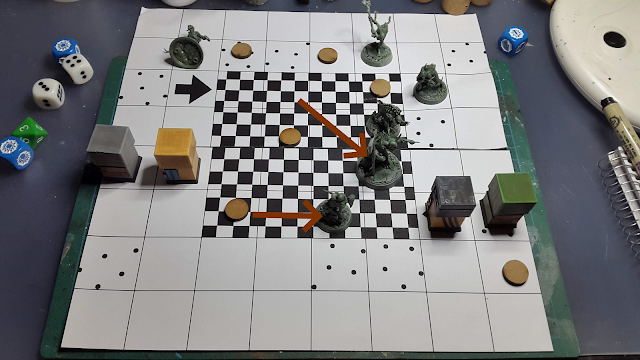 Zombies see boris, Zombies attack Boris, and he gets pushed back. 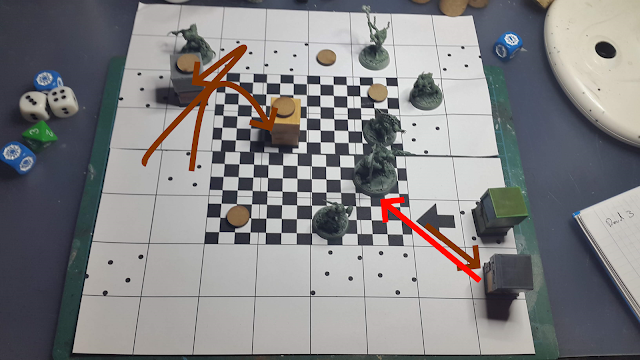 TURN 3/TURN 4 - Grey dude shoots the zombie in front of him and clears the entrance of the farm and snatches a lootbox. Hazmat goes gun-ho inside the farm. Boris shoots Old man Henderson. 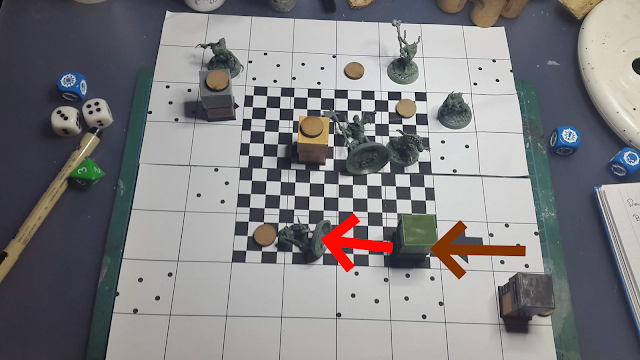 Green dude shoots the zombie in front of it and goes inside. 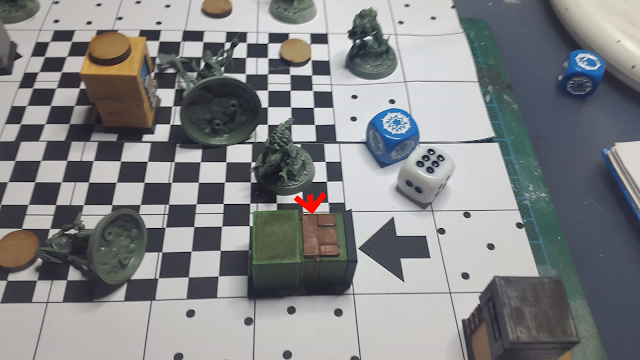 Green dude gets attacked by the zombie into an injured state. 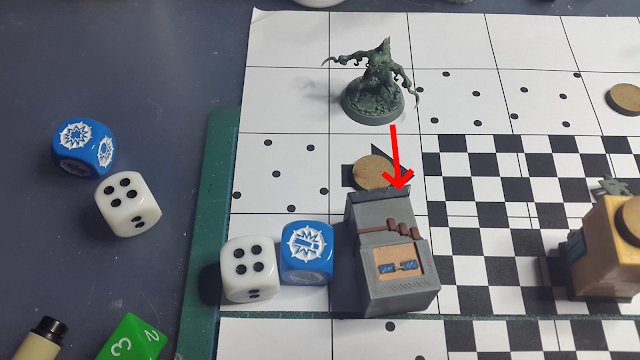 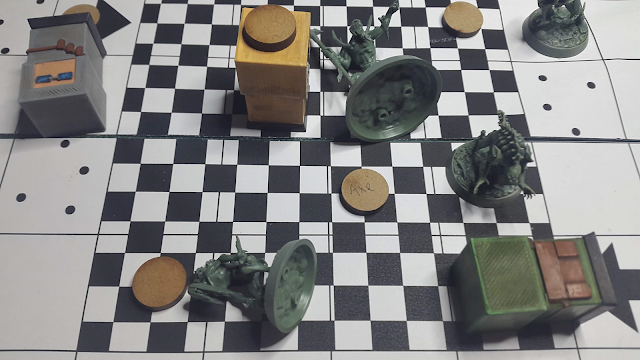 Old Man Henderson drops his axe (he dropped it on turn 3, but I forgot to place the token on the board) 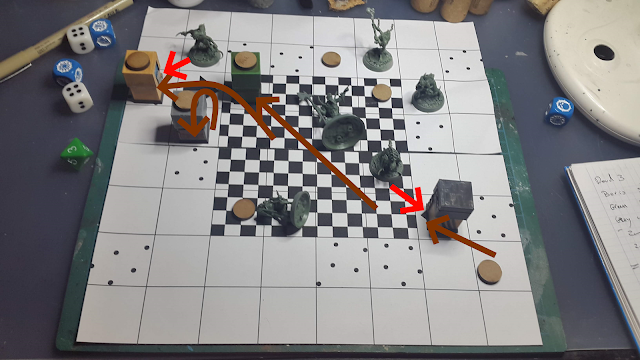 TURN 5 - Hazmat suit runs outside, Grey dude stands up and snatches the lootbox, Boris helps green dude get up, and the Green dude grabs the axe and sprints towards the exit. 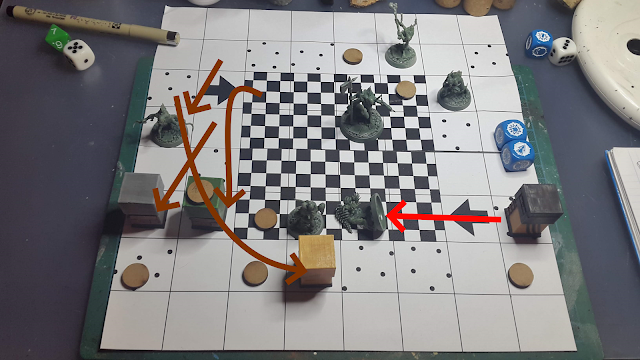 TURN 6 - Boris keeps zombies away from the entrance, while the rest of the boys run from the zombie and try to secure 3 more loot boxes. 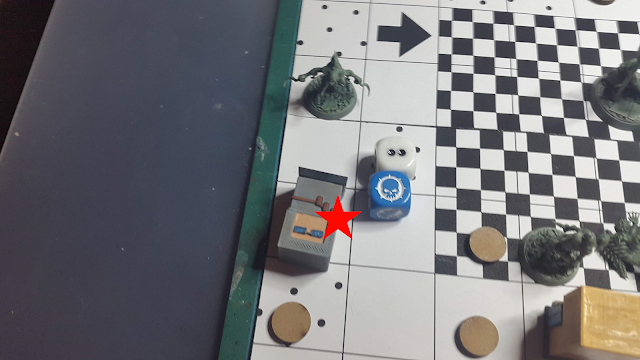 Grey dude has a weapon malfunction and goes down 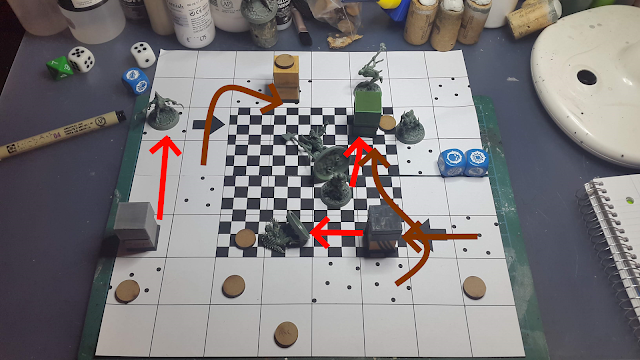 TURN 7 - Green dude jumps into action into the zombie infested house, Boris goes with him guns blazing. downing a zombie. Green dude gets pushed into a lootbox. 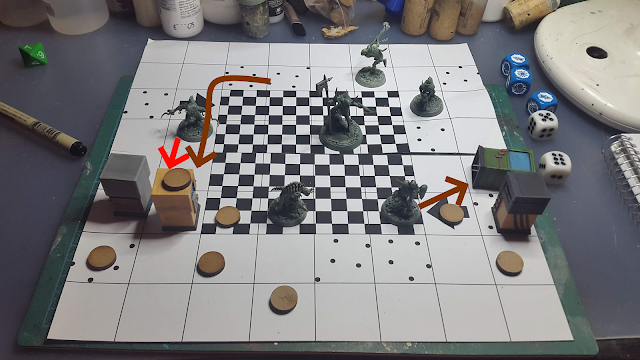 TURN 8 - Lots of running away, Green dude was downed and Hazmat was able to get away with yet another loot box.