You wrangle the location of the scout's camp. It's not far, and the knowledge that the camp holds some artifacts from the city makes an attack on it worthwhile.
Hidden on the forest in the outskirts of the factory district, a small camp lies on the ruins of a now abandoned military outpost. 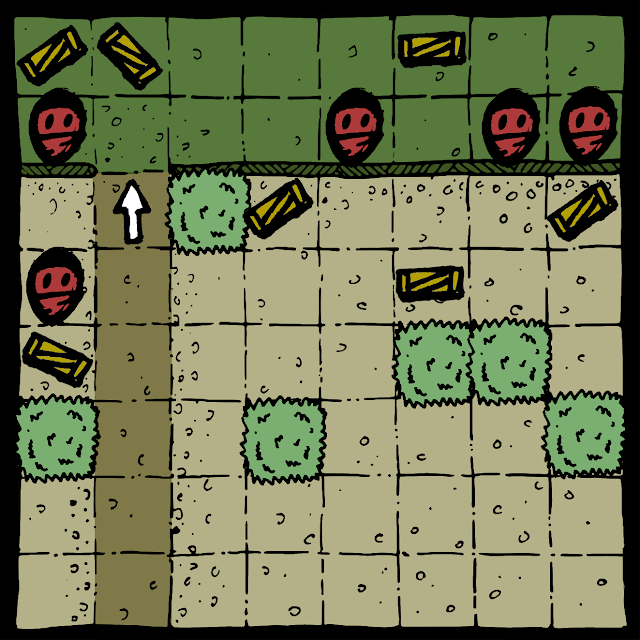 Bandit movement: Unless a character is within two squares of a melee attack (not ignoring walls), the bandit doesn't move. A bandit will only move if no ranged attack is possible and always towards the nearest character.
Bandit attack: Ignoring it's own building walls, if the bandit has Line of Sight to a character then it will attack with a Tier 2 Damage 1 SR/LR. If adjacent, it will attack with a Tier 1 Damage 1 Melee.
A bandit may move (up to two squares) and attack.
End of the game achievements (achievements stack):
If any loot crate is secured - One loot crate is automatically a Zombie Serum (Sci: 2 uses)
If at least 5 loot crates are secured - One loot crate is automatically a Hacking Tool (Sci)
Zombie Serum: When a zombie is knocked down, an adjacent character carrying the Zombie Serum can spend an action to inject it on the target, a use is spent and the target zombie is removed.
Hacking Tool: Allows the character wielding it to open doors up to 2 squares away from a terminal. 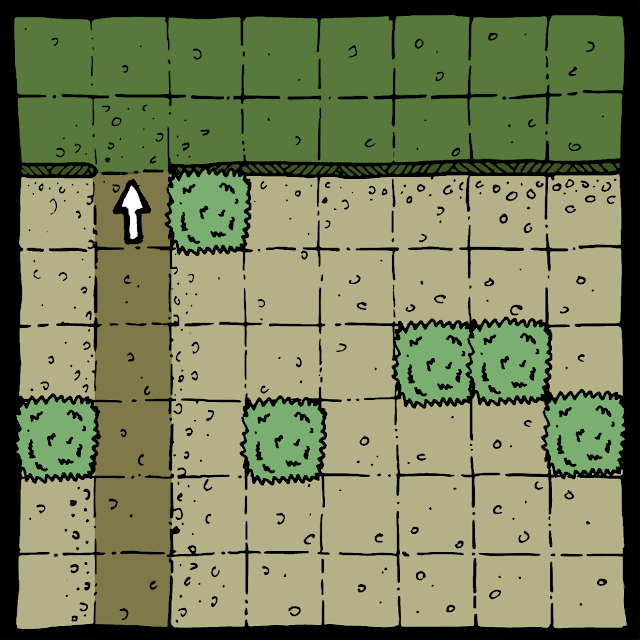