By the dawn of twilight, on the orders of Count Eisen Neergaard the vargheists came.

Hundreds of the bloodthirsty beasts fell from the skies making the holy grounds tremble as they awkwardly pound the floor in which the tribe of the Holy Rok settled.


The Orruks tried to fight but they were unprepared and, for once, outnumbered. Slaughtered and devoured by the famished beasts, their settlement was reduced to rubble, everything but the solid ground that the greenskins worshiped survived,

The souls of Orruks however kept bound to their worshiped place of power were not gone, and Nagash desiring them, conjured their essence into existence, but His grasp is not total as the force of the WAAAAAGH is strong enough to waver His commands.

Led by the old tribe shamans now turned wraiths, they roam the land, terrorizing villages and fighting in Nagash armies and their kin alike.


Because one can never have too many projects, I made the terrible decision to get myself onto a new one, but at least I'm now following a proper point based system.

The idea is simple: to make a 1000/ish points of Nighthaunts, an allegiance from the Death Grand Alliance, but this time, in orc/orruk form.

12 bases of Spirit Hosts with 2 models each break down into 24 model count, a number that with some creativity (read: totally bullshit extra arms and heads without body and some oyumaru casts) can be achieved with a single box of Games Workshop's Savage Orc boys. 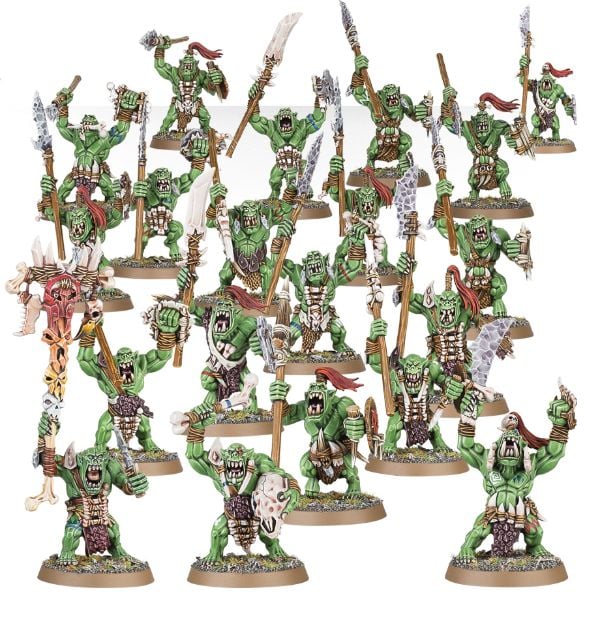 The spectral look was achieved by chopping the feet, drilling a heavy gauge wire padded with hot glue and a liberal use of Vallejo mat gel base, it's easy and cheap effective way of getting those swirly bits in the most organic and fast way possible.

The color scheme was essentially the same Duncan showcased in the following video. 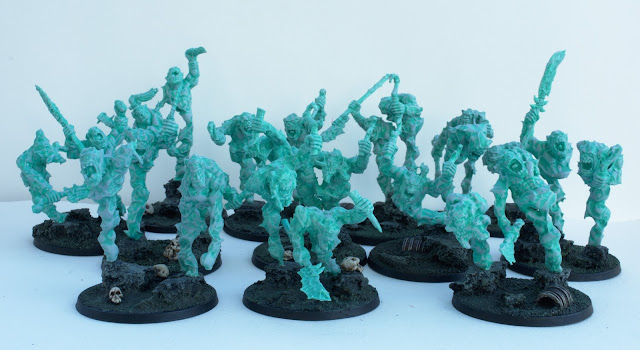 They had to be Mantic Wights because ever since they announced them on facebook I've been drooling over those models.

Orc skulls: I had to replace the skulls with something a little more orcish though, and just as I was starting to go mental trying to find a good source for these, greenstuffworld releases a bag of resin orc skulls. They are not amazing, the big ones needing some re sculpting of the teeth but they get the job done.

Not really happy with the paintjob though. 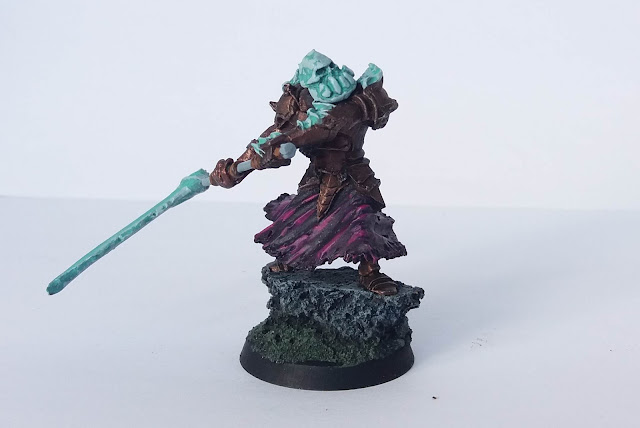 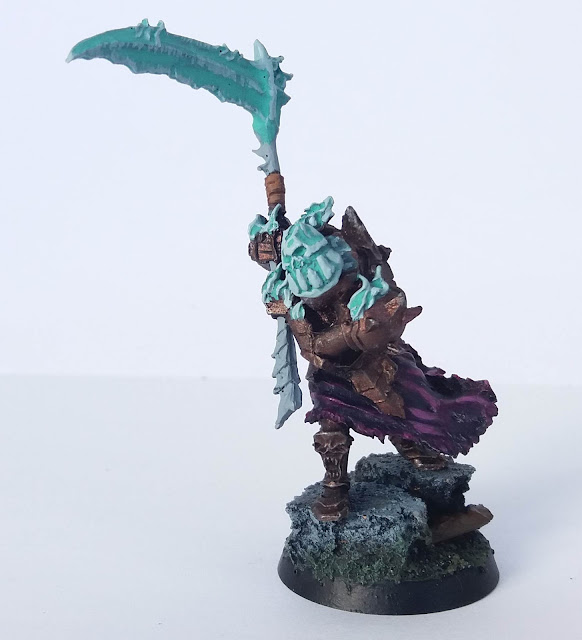 This was the dooziest but also the most fun I had, I sculpted a giant tomato with teeth and off I went. 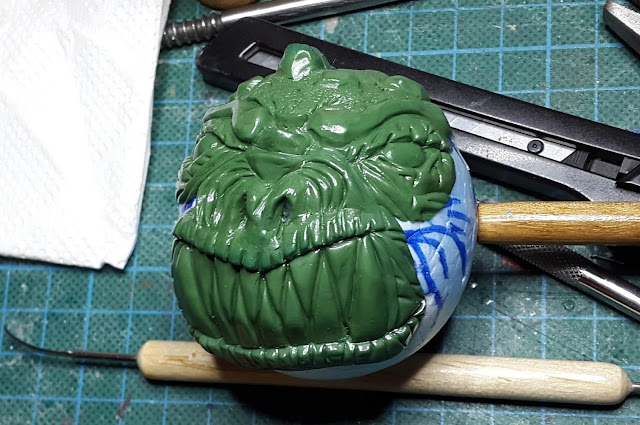 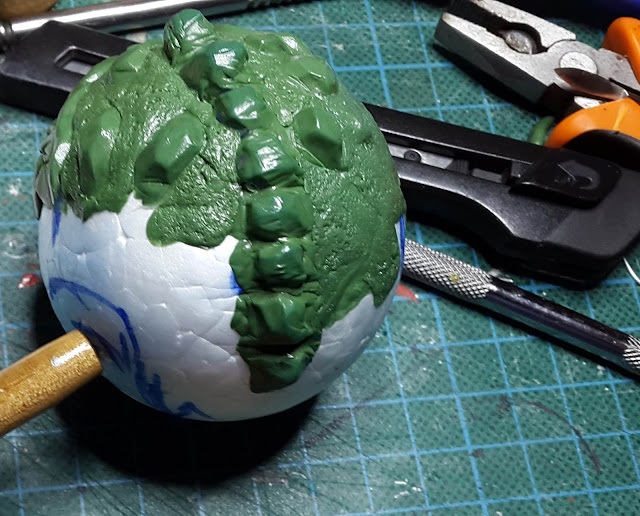 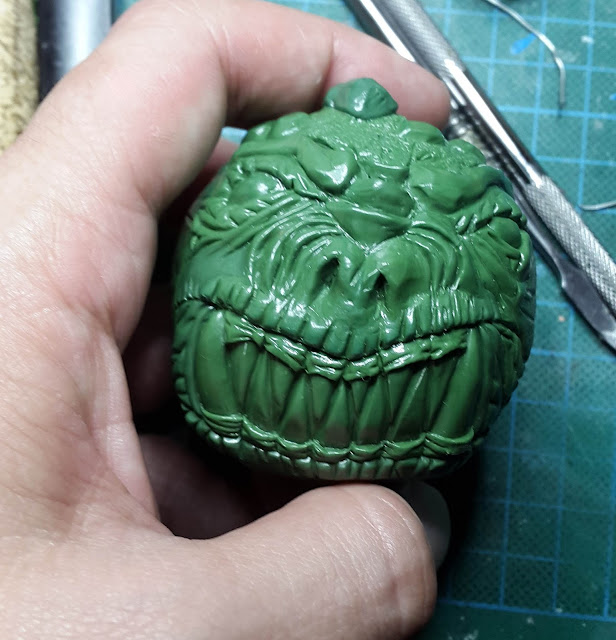 Using the same method of sticking some wires and giving it a coat of medium gel, this is what I got. 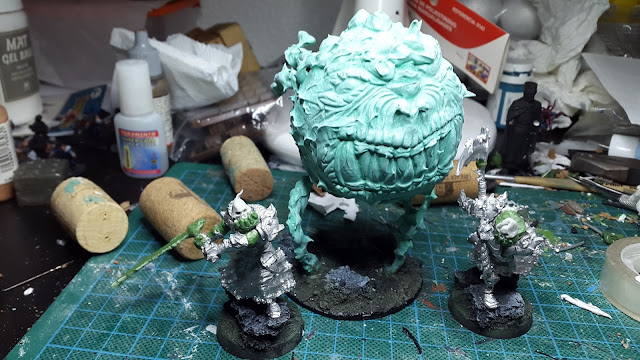 Interchangeable with 3 Spirit Hosts, just in case I don't want to loose terribly and need a caster for summoning, sourced from spares from the savage orc boys box. 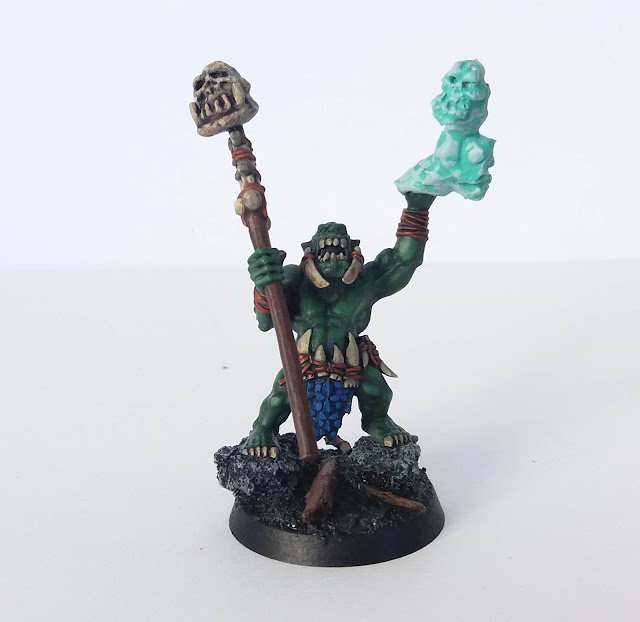 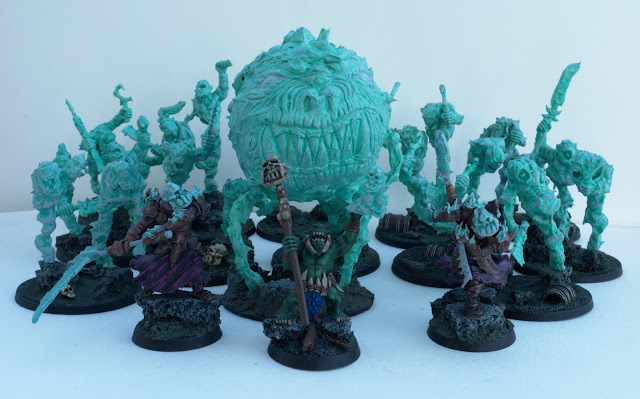