Eternal glory to Hashut: Scratchbuilt Canon and Drazhoath the Ashen 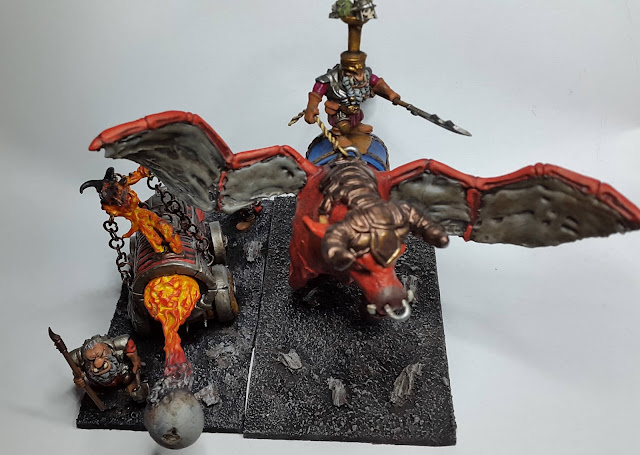 Having finished my Vampire Counts army (for the time being) I started a new smallish warband of chaos dwarfs for funzies but following a simple rule:

The idea is to try and recycle what I have lying around on the bit box and drawer of unfinished projects, sure I'll probably get something if it's (really) cheap but otherwise, try to spend too much money on it.A small heads up, I plan to use leftover Mantic dwarfs from the two player starter as the chaotic fellas. The idea is to use thumbtacks for the iconic hats and individually sculpt babylonian styled beards and teeth. 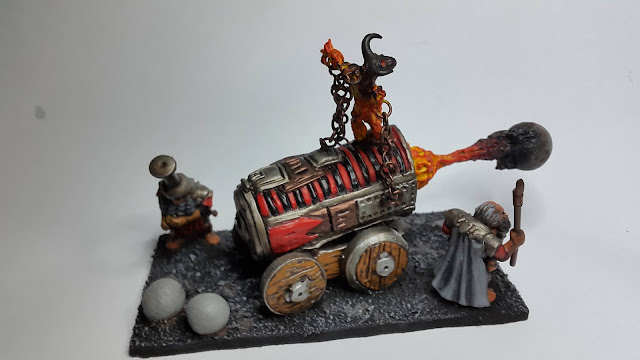 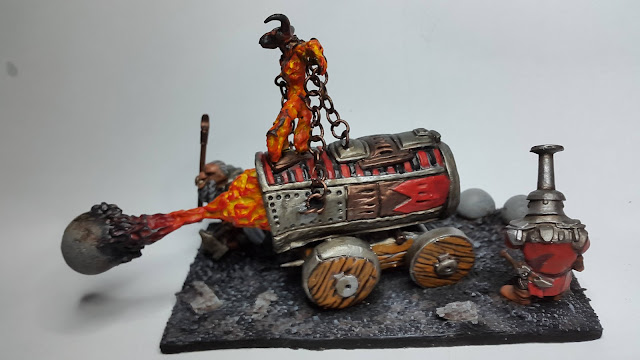 Using a cork as a base, I sculpted the canon around it and using a a Mantic zombie (god I love those guys) and an animal skull from GW's skeleton sprue I got the demon engine that powers it all, and to shift the attention of the viewer away from the horrendous wheels a simple cinematic effect of the mortar/canon ball. 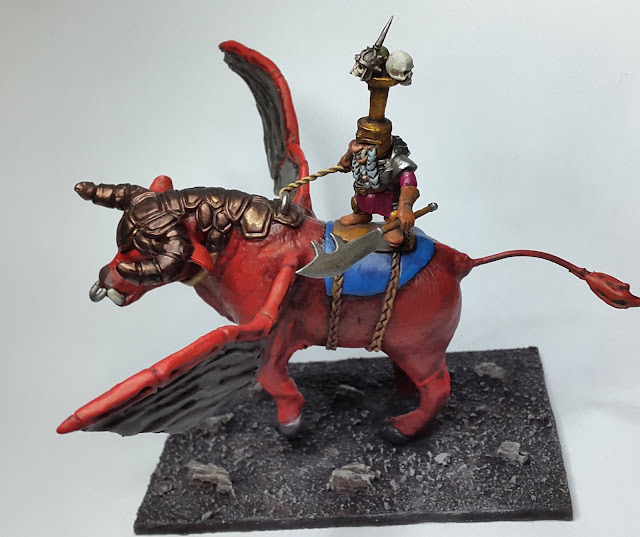 The very derpy chaos leader on top of an even derpier Winged Bull. This is my biggest gamepoints to cheapness for this project (I hope).
I bought a couple of plastic farm animals toys from the local chinese shop and gave it tons of greenstuff armour. 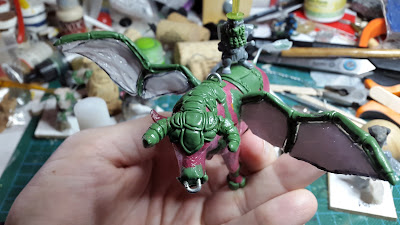 The wings were probably the biggest mistake in this build. They were made out of wire padded with greenstuff and cardboard for the membrane (and at this point, I was quite happy with it) but then I used a hot glue gun to texture it and it ended up looking like complete crap.