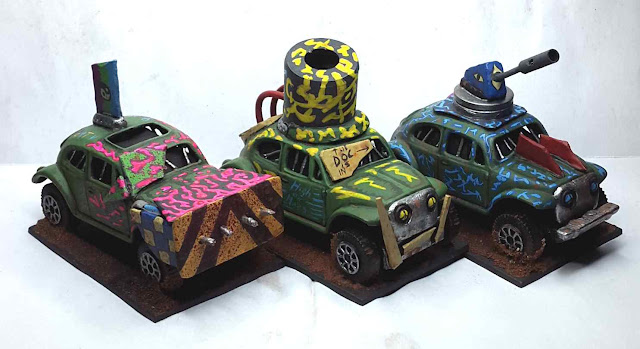 Much like everyone else on the Internet, I also joined the scratchbuilt mania of Gaslands and this is the project log that turned cheap (read 1€) toy cars from the waiting line of my supermarket into the Dhama Bums gang.


They were a pain to disassemble, but nothing that a pair of pliers and some brute force doesn't solve. 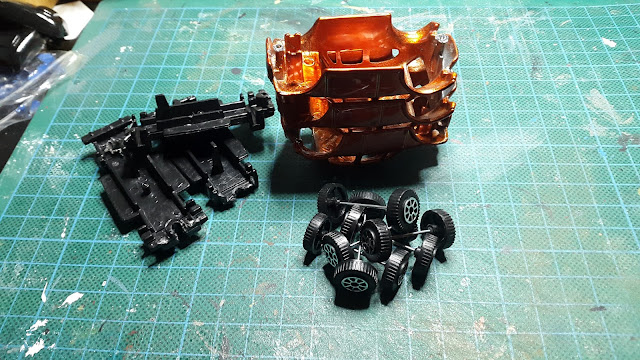 Since I don't play 40k or other futuristic games, I had no bits to pimp the cars, so everything was scracthbuilt out of a "Beware of dog" sign, washers, wire and that black plastic tubbing thing that I found in a craft store some years ago. 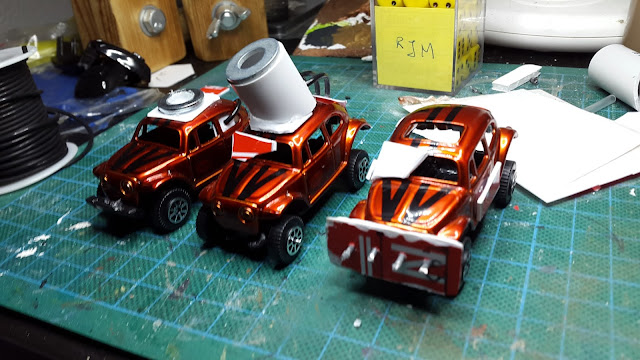 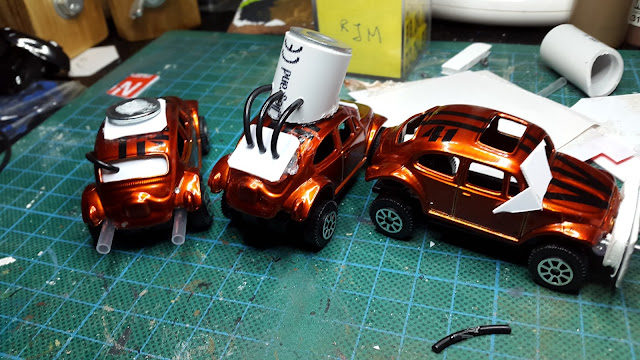 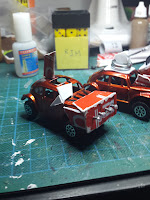 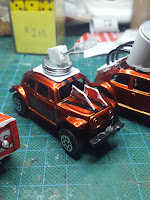 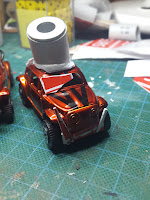 And giving some use of the warcolours fluorescence paints that I bought years ago. 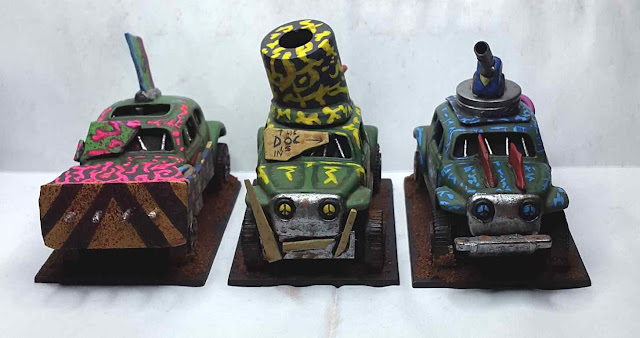 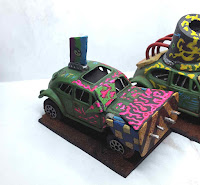 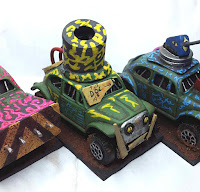 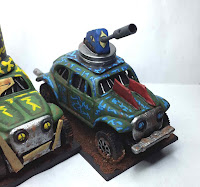